Skip to main content
It looks like you're using Internet Explorer 11 or older. This website works best with modern browsers such as the latest versions of Chrome, Firefox, Safari, and Edge. If you continue with this browser, you may see unexpected results.

Scroll down to view all titles: 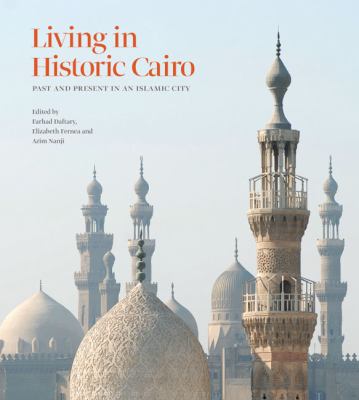 Living in Historic Cairo - Farhad Daftary (Editor); Elizabeth Fernea (Editor); Azim Nanji (Editor)
Call Number: DT143 .L58 2010
ISBN: 9781898592280
Publication Date: 2010-02-15
The history of Cairo is usually presented in terms of periods and dynasties such as the Fatimid or Ayyubid. The modern history of Egypt is generally held to begin in the last decades of the nineteenth century with the emergence of a new, modern city, constructed by the Khedives of Egypt along European lines. This illustrated book examines Cairo from the first century AH / seventh century AD until the present, considering the relationships between the physical layout of the city and its historic buildings, its economy, and its social, cultural, and religious life. The book discusses the programs of the Aga Khan Trust for Culture, both for restoring historic monuments in the district of al-Darb al-Ahmar and for reviving and improving the social and economic life of the old city. It also seeks to convey what the residents of the old city think about these projects, to clarify what, if any, is the felt relationship between the great monuments like Bab al-Zuwayla and the people who live nearby and what can be learned from this experience for similar restoration projects in other parts of the world. No previous book has dealt with Cairo across so wide a range of periods and subjects, examining the relationships between the inhabitants of Cairo and their city and the relationships between past and present. Economics, architecture, and religious practices in past ages all have reverberations in the present. The contributors range from academics with expertise in Islamic history and architecture, such as Nasser Rabbat and Roy Mottahedeh, to the personnel who were engaged in the restoration projects. A DVD of the film Living with the Past: Historic Cairo (2001, 56 minutes, directed by Maysoon Pachachi for Echo Productions, produced by Elizabeth Fernea) accompanies the book. It portrays al-Darb al-Ahmar, a neighborhood in the heart of the old city, and follows several interwoven restoration projects undertaken with a unique approach combining conservation with social, cultural, and economic neighborhood schemes that aim not only to rescue endangered monuments but also to preserve the spirit and vitality of the community. 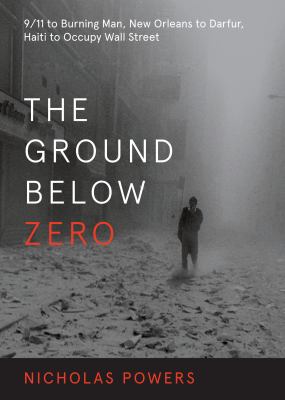 The Ground below Zero - Nicholas Powers
Call Number: PS3616.O8836 Z46 2013
ISBN: 9781937357993
Publication Date: 2013-09-01
"The Ground Below Zero introduces a new and important voice, one with a trajectory reaching from New York's left and alternative cultures to the present world's vistas of death. It is a voice partly urban-hip and partly epic-tragic. The story it tells is part journalism, part memoir, and part prophetic-apocalyptic vision."
- Christopher Z. Hobson (from the Foreword) 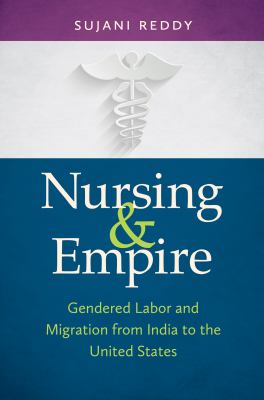 Nursing and Empire - Sujani Reddy
Call Number: RT86.73 .R43 2015
ISBN: 9781469625072
Publication Date: 2015-11-02
In this rich interdisciplinary study, Sujani Reddy examines the consequential lives of Indian nurses whose careers have unfolded in the contexts of empire, migration, familial relations, race, and gender. As Reddy shows, the nursing profession developed in India against a complex backdrop of British and U.S. imperialism. After World War II, facing limited vocational options at home, a growing number of female nurses migrated from India to the United States during the Cold War. Complicating the long-held view of Indian women as passive participants in the movement of skilled labor in this period, Reddy demonstrates how these "women in the lead" pursued new opportunities afforded by their mobility. At the same time, Indian nurses also confronted stigmas based on the nature of their "women's work," the religious and caste differences within the migrant community, and the racial and gender hierarchies of the United States. Drawing on extensive archival research and compelling life-history interviews, Reddy redraws the map of gender and labor history, suggesting how powerful global forces have played out in the personal and working lives of professional Indian women.

Course Reserves - physical books, reprints, media which your professor has reserved for your course.

How to use ebooks